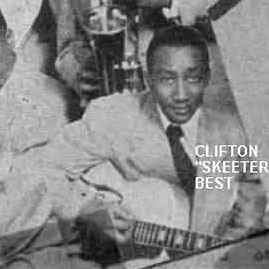 Clifton "Skeeter" Best was an American jazz guitarist. Best played in Philadelphia from 1935 to 1940, recording with Slim Marshall and Erskine Hawkins. In 1940, he joined Earl Hines's orchestra, playing with him until he joined the U.S. Navy in 1942. After the war, he played with Bill Johnson from 1945 to 1949.

He toured East Asia with Oscar Pettiford in 1951 and 1952, and formed his own trio in the 1950s. He did a critically acclaimed session with Ray Charles and Milt Jackson in 1957 called "Soul Brothers."

In 1958, he recorded with Mercer Ellington. He also recorded with Harry Belafonte, Etta Jones, Milt Hinton, Osie Johnson, Paul Quinichette, Jimmy Rushing, Sonny Stitt, Charles Thompson, and Lucky Thompson. Later he led his own trio, accompanied the singer Nellie Lutcher and freelanced in recording studios. For many years he taught at Manna House on East 106 Street.