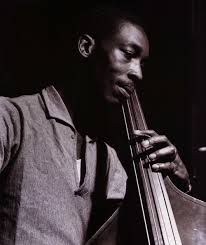 Sam Jones was most known for his work with the great Cannonball Adderley but he played extensively with all the great bandleaders including Bobby Timmons, Ray Bryant and Kenny Dorham. His discography speaks for his versatility as he could mold to any situation, but Jones was most known for his strong, confident beat and great bass lines. These traits are what led to countless recordings with various leaders, (especially with Cannonball and Nat Adderley) as well as replacing Ray Brown in Oscar Peterson's trio from 1966-1970.