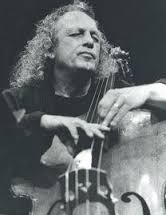 David Friesen picked up the bass at age 19 when he began studying with a member of the Seattle Symphony while he was serving in the army. His career picked up in the 1970s when he toured with notable bandleaders such as Joe Henderson, Marian McPartland and Billy Harper. David has recorded over 65 CDs as a leader and co-leader.