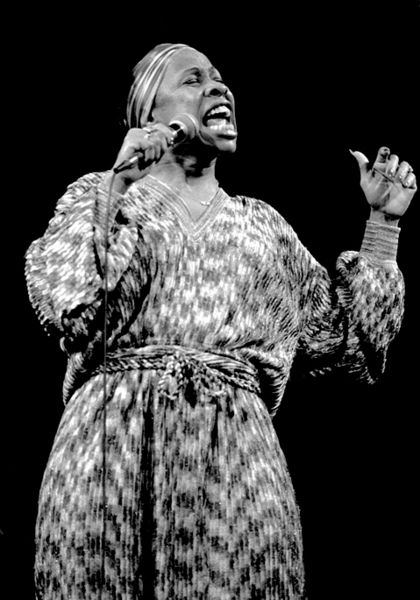 Betty Carter is regarded as one of the most adventurously improvisational jazz vocalists whose complex musical talent put her on par with the best of the bebop horn players. Her breathy style and immense scatting ability is often compared to Sheila Jordan, another Detroit-based vocalist. With a career that began by impressing Charlie Parker and Dizzy Gillespie and included two dozen albums as a leader over nearly half a century, Betty's legacy on jazz voice cannot be understated.

Her collaborations include albums with Ray Charles and Carmen McRae and performances with Miles Davis. Other projects included founding her own label, Bet-Car, as well as the Kennedy Center's composing/training program "Jazz Ahead" (which still exists today). She is credited with launching the careers of many important artists, like Kenny Washington, Curtis Lundy, Cyrus Chestnut, and others.