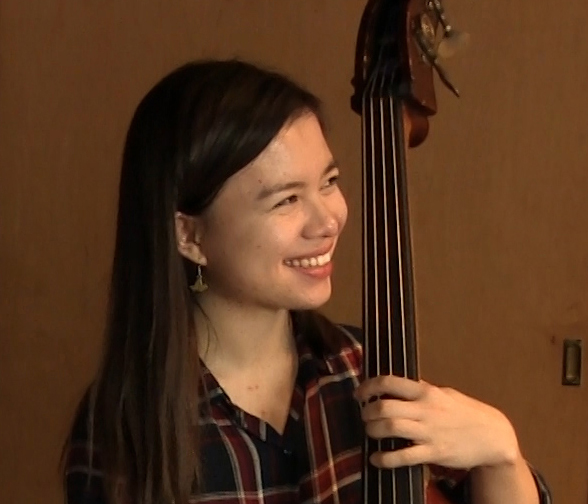 Kanoa Mendenhall was born in Yokohama, Japan and raised in Monterey, California. She grew up listening to jazz in the household, and was highly influenced by her father, jazz pianist Eddie Mendenhall. Kanoa started playing jazz and classical cello at age ten and the upright bass at age twelve. By age thirteen, she was playing regularly in the Monterey and San Francisco Bay areas, and has recorded and/or performed with musicians such as Lew Soloff, Allison Miller, the SFJAZZ Collective, Mark Sherman, Bruce Forman, Pheeroan akLaff, and Antonio Hart.

Recent accolades include being a 2014 National YoungArts Finalist in Jazz Bass and a 2015 Ravinia Steans Institute Fellow. Kanoa has studied with John Shifflett and Rufus Reid. In January 2015, Kanoa recorded on pianist and composer Tom Pierson's big band album in Brooklyn, projected to be released in late 2016. Kanoa is currently studying at Columbia University in New York City and in enrolled in the Columbia-Juilliard Exchange, where she studies with Ben Wolfe.