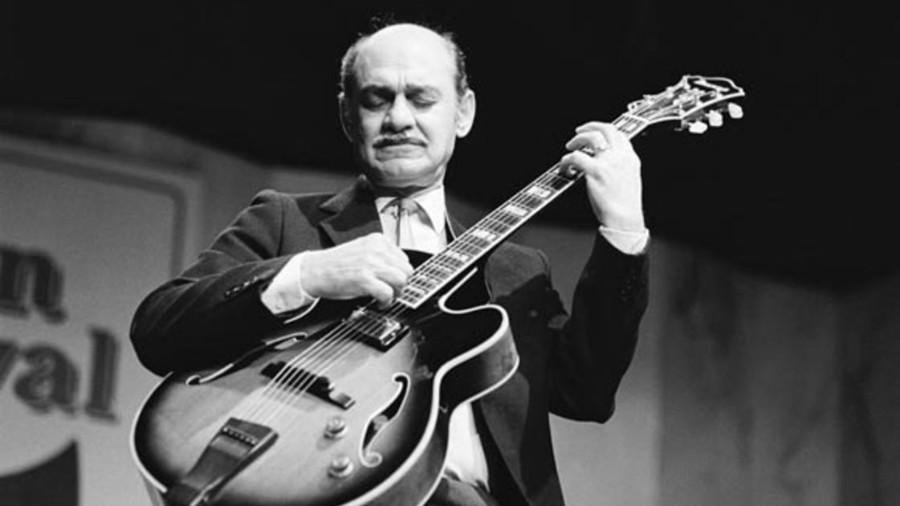 When virtuoso classical guitarist Andres Segovia said, “the guitar is a small orchestra,” he may have inadvertently predicted the sounds of Joe Pass. Known for his complete command of the instrument and brilliant, off-the-cuff solo performances, Joe Pass was a veritable one man orchestra.

Born in New Brunswick, New Jersey, in 1929, Pass began his guitar studies at the early age of seven at the encouragement of his father. While he began performing professionally at the age of fourteen, moving to New York soon afterwards to pursue music, his career stalled due to his problems with drugs. However, by the early 1960s he was rehabilitated and recording albums for Pacific Records as a leader. Pass would go on to record and perform with Oscar Peterson, Ella Fitzgerald, Duke Ellington, Count Basie and many others.