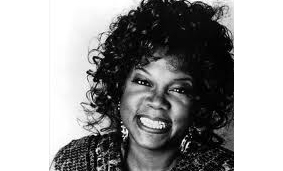 A versatile jazz-blues singer, Ernestine Anderson has been a well-loved vocalist over the course of her 50-year career. Ernestine's career began at age 18 when she toured for two years with the Johnny Otis band. In 1952, she joined Lionel Hampton's band, which at the time included Russell Jacquet, Milt Jackson, and Quincy Jones. In 1955, she collaborated with Gigi Gryce on his album "Nica's Tempo." Ernestine's debut album in the US was recorded in Sweden and released in 1958 on Mercury under the title "Hot Cargo," and soon after her career was in motion: in 1959 she was heralded as Down Beat Magazine's "Best New Vocal Star."

In 1965, Ernestine moved to England and took a break from the public eye until Ray Brown heard her sing at the Turnwater Festival in Canada in 1975. Ray became her manager and landed her a famously sensational appearance at the 1976 Concord Jazz Festival, which led to a contract with Concord and the revival of her vocal career. Since then, Ernestine has recorded with names like the Hank Jones trio, George Shearing, and Benny Carter, among many others. In recent years, she has received several Grammy nominations, opened her own jazz nightclub, and toured nationally and internationally.