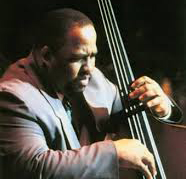 Widely known as one of the most virtuosic bassists to come out of the 1970s, Charles Fambrough made his mark on the jazz scene when he started playing with Grover Washington, Jr.'s band in 1970. Getting the recognition he deserved from this gig, he joined McCoy Tyner and later joined Art Blakey's Jazz Messengers. Fambrough was known for his fearless conviction to whatever style of music he was playing, which led to a successful career in the Latin jazz world as well, performing with Airto Moreira, Flora Purim, and Jerry Gonzalez and the Fort Apache Band. Fambrough was also known for his compositional skills, bringing many of his tunes into the band of the great musicians he played with. He is one of the great jazz musicians to have come out of Philadelphia.