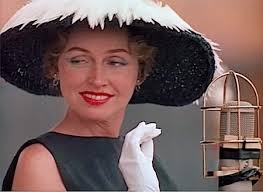 A masterful cool jazz singer known for her percussive, vibrato-free style, Anita O'Day is regarded as one of the most musically gifted singers in jazz. Renowned for her improvisational skill, dynamic range, and rhythmic ability, Anita's exuberance for swing and refusal to be another ladylike "girl singer" broke the norms for female big band vocalists of her day.

Anita got her start with Gene Krupa's band in 1941 alongside Roy Eldridge. By the mid-1940s, she left the big band circuit, instead teaming up with drummer John Poole (who went on to be a collaborator for over 32 years) for her solo debut in 1946. Not long after, producer Norman Granz discovered Anita's signature style and signed her to his new label, Verve. In 1955, the two teamed up to release the first Verve LP, "Anita" (re-released as "This Is Anita"), which began a 17-album period of what many critics consider to be Anita's best work. This period, ranging from the mid-1950s to early 1960s, established Anita O'Day as one of the most trend-setting, well-respected, and high-achieving vocalists in the industry. She was a frequent performer in the festival circuit, performing alongside Louis Armstrong, Thelonious Monk, George Shearing, and Dinah Washington, and was particularly famous for her 1958 Newport Jazz Festival performance which was released on "Jazz On A Summer's Day." Anita made a comeback in the 1980s with her 1981 memoir High Times, Hard Times and a series of high-profile performances like Carnegie Hall in 1985. Her final release was 2006's "Indestructible!"